ELMSDALE -- Over the past 27 years staff at W.P. Griffin Inc. have grown pretty accustomed to change, company president and general manager, John Griffin said Thursday. He made the acknowledgement following the official opening of their expanded potato packing plant. With the expansion, completed in early December and now fully operational, the potato wash plant and packing facility in Elmsdale, P.E.I. has grown in size by more than 50 per cent, to 38,000 square feet from 25,000. It allows for a pallet box cold storage area at the back where the company can store specialty potatoes until they have the volumes to fill orders, and a 7,000 square foot shipping and receiving area up front which allows for packaged product to be efficiently stored awaiting shipment. The expansion has allowed for some reorganization within the plant to build in efficiencies, such as reducing downtime by filling larger runs prior to shifting over to other product lines. "Change is constant. There's always going to be small changes; not necessarily big changes," company VP and operations manager, Peter Griffin, reflected on a series of advancements at the operation since 1988. But the big changes might be over for awhile. "I think, right now, we have a good modern facility that's going to serve our purposes well for the next 20 years," said the company president as he watched groups of invited guests fan out on tours of the facility. The latest expansion, he said, "brings the facility into the 21st century and gives our business a clear road forward." He acknowledged the support of financial partners, Tignish Credit Union, Farm Credit Canada, Innovation P.E.I., and the Atlantic Canada Opportunities Agency. The operation averages around 35 staff year-round, growing to around 50 at peak periods. Greg Donald, general manager of the P.E.I. Potato Board recognized the Griffin brothers and business owners as leaders, innovators, good stewards of their land and as strong members of their community and the potato industry. "This expansion is net another accomplishment and milestone among many over the last 60 years for WP Griffin," he said. 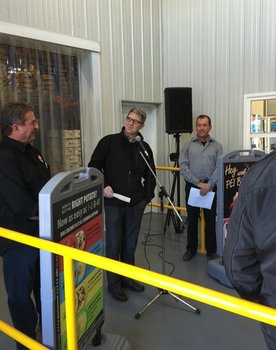 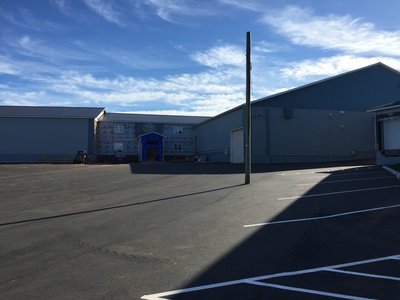 The Griffin family is pleased to release their first TV commercial in Atlantic Provinces. The commercial features Griffin & Sobeys Compliments products that are available throughout Atlantic Canada at Sobeys, Foodland & Co-op stores. 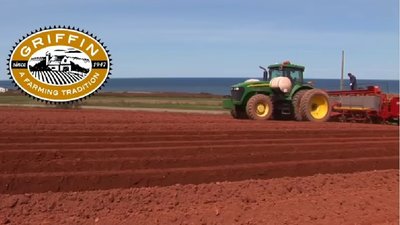 Potato Blossom Festival's hired hands of the year O'LEARY -- The recognition just keeps coming for Elmsdale brothers Wayne and Charlie Dunn. Recently recognized by their employer for 50 years of loyal service, they picked up Hired Hand of the Year Award during the P.EI. Potato Blossom Festival Farmers Banquet. The brothers started working part-time for Elmsdale potato grower and shipper Wilfred Griffin in 1965 when they were 16 and 17 years of age. They started working for the company full-time on January 1, 1966. In 50 years with the company, now known as WP Griffin Inc., and run by Wilfred's sons, John and Peter, the brothers have had their hands on all aspects of the operation. 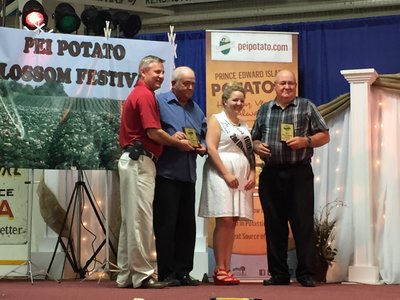 O'LEARY -- The president of the Canadian Potato Museum said Tuesday he's pleased Sobeys and local supplier W.P. Griffin Inc. are committed to maintaining a potato promotion initiative that has raised $114,500 for the museum over the past three years. The promotion runs during February, Potato Month. For every 10-pound bag of Heritage Brand potatoes sold in Sobeys stores in Atlantic Canada during February, Sobeys and WP Griffin Inc. donate 25 cents to the museum. Sobeys sold 458,000 of the 10-pound bags, packed by Griffins, during the last three Potato Month promotions. MacKendrick said the museum has tapped into the money to install a new heating system and for other upkeep. The money will also be used in creating new exhibits. On Tuesday potato industry people and museum directors joined with staff from Sobeys and WP Griffin Inc. for an unveiling of a permanent display which acknowledges the two businesses' contributions to the museum. Going forward, MacKendrick said other displays will be added. The museum is currently in the planning stages for a display about Robert Gallant's Howlan blacksmith shop. Besides the 25-cents-a-bag contribution, the February promotion also incorporates a contest for a chance to win various prizes, including a summer vacation in P.E.I. Museum manager, Donna Rowley, said the winner of this year's grand prize was in last week to collect her prize. The museum welcomed its most visitors ever last year, and MacKendrick said attendance this year is on par with last year. During an unveiling of the Sobeys/WP Griffin Inc. display, Greg Donald noted that if the 458,000 10-pound bags of potatoes sold during the February promotion were stacked end to end, the line would extend from O'Leary to Montague, an indication of the importance of the promotion to the potato industry. Donald also recognized the importance of the potato museum. "It is a good way to look at where we've come from. As we look ahead to the future, it's always important that we do that," Donald said. Chris Kemp, produce manager for Sobeys, acknowledge WP Griffin Inc.'s role in getting the Potato Museum campaign started, and he thanked the grocery chain's Atlantic Canada customers for helping to preserve the history of the potato industry through its support of the February promotion. 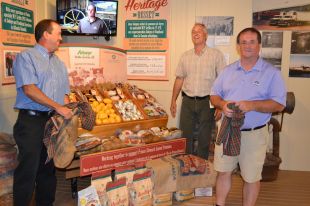 ELMSDALE -- Wayne and Charlie Dunn have seen a lot of changes in the 50 years they've been employed as farmhands with WP Griffin Inc. in Elmsdale "Everything is big change now," says Wayne. "Everything years ago was hard work." He remembers the first forklift arriving on the farm 35 years ago and how that helped reduce the heavy lifting by hand. Wayne Dunn was 16 and his brother Charlie was 17 when they started working for Wilfred Griffin full-time on January 1, 1966. They had worked there part time prior to then. Wayne and Charlie's father, Merrill, also worked on the farm. Charlie's son, Cory is now employed on the farm and Charlie's wife, Olive has also worked for the company WP Griffin Inc. is now in the hands of Wilfred's sons, John and Peter. Peter admits he's learned a lot from working on the farm by riding along with Charlie and Wayne. "They've been here through thick and thin," he said. "They're respected and trusted." He said it was Wayne who showed him how to fill out his time cards when Peter started working on the farm." He said, "you always mark a half hour for lunch and supper, but you never really stop," Peter chuckled. The brothers are so much a part of the farm operation that the company had a 50th anniversary celebration planned for them Friday night. Neither of the men has penciled in a retirement date, still very much a part of the farm operation although Wayne is currently on leave from the farm driving a truck for the Department of Transportation. Wayne has done a lot of trucking for Griffins over the years, hauling potatoes in from as far away as Souris. Peter said he remembers travelling with Wayne as a child. Wayne would sometimes let him steer as they drove through fields gathering up bags of potatoes. Everyone had a few acres of potatoes years ago, Wayne said, and Griffins would go to farmers fields and to their basements to pick up loads of spuds. Charlie usually operated equipment, helping with harrowing, planting and harvesting. The work is still from sun-up to sundown, Charlie acknowledges, but the nature of the work is different. "No lugging. That's out," he acknowledged. "Years ago it was a lug-drag situation." 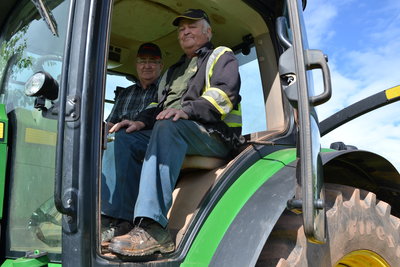 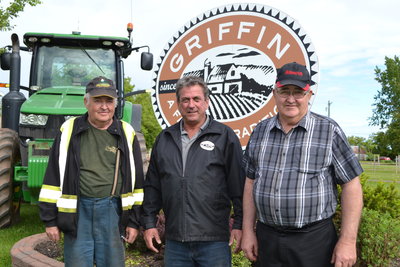 I would like to take this opportunity to thank the residents of District 26 for sharing their thoughts and concerns with me throughout the campaign. I have made many friends along the way. I would like to publicly thank my wife Norma Jean and children Colton, Alysha and Emma Jean for their support. I would also like to thank the campaign team for all their hard work and dedication. John Griffin 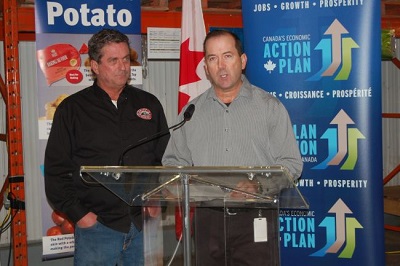