At the 2017 Annual Potato Blossom Festival Grower Banquet, Emma Jean Griffin was presented with the Potato Ambassador $1,000 scholarship. Emma Jean Griffin is the daughter of John and Norma Jean Griffin. She grew up at their home in Montrose but enjoyed many trips to the farm and potato packing plant in Elmsdale during his early years. Emma Jean graduated from Westisle Composite High School in 2017. She plans to attend St. Thomas University in Fredericton N.B. in the fall to study International Relations. Thanks to O'leary Credit Union and W.P. Griffin Inc. for donating $500 each for the annual scholarship. Congratulations Emma Jean. 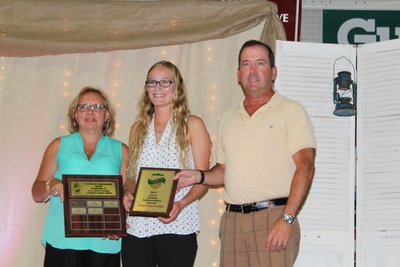 At the 2017 Annual Potato Blossom Festival Grower Banquet, Colton Griffin was presented with the Young Farmer of the Year Award. Colton Griffin is the son of John and Norma Jean Griffin. He grew up at their home in Montrose but enjoyed many trips to the farm and potato packing plant in Elmsdale during his early years. His parents like to tell the story about when he was only around 5 years old how he used to play with his Lego Blocks and pretend he was grading potatoes. Colton graduated from Westisle Composite High School in 2012. In February 2012, he started working at the potato packaging wash plant in Elmsdale. That first winter he did various jobs ranging from building boxes to operating the bagging equipment. That spring Griffin's were short of an potato sprayer operator so his uncle Peter asked him to operate the large self-propelled JD 4920 sprayer and he agreed. Colton attended Holland College in Charlottetown in the fall and winter of 2012-13 studying computer technology. In the spring of 2013, Griffin's were short of an operator to run the 6-Row potato planter and Colton quickly agreed to step into the position. After planting, Colton returned to the potato sprayer for the summer. In the fall of 2014, Colton agreed to take on the responsibilities of Food Safety Officer due to a co-worker that was off on maternity leave. He also agreed to start training to do potato purchasing & sales under the guidance of Garth Smallman. In the winter of 2015 Colton returned to Holland College in Alberton for 1 semester to study Business Administration. In December 2016 Colton began a 1-year part-time farm business management program (C-TEAM program). The program includes 4 study and farm tour modules at various location across Canada. Colton has decided to make farming his full-time pursuit. His current farming duties include operating a potato planter in the spring, operating a potato harvester in the fall and the rest of the year he can be found at the potato packaging wash plant. He has been working hard to keep the facility busy by purchasing potatoes and selling potatoes across North American. 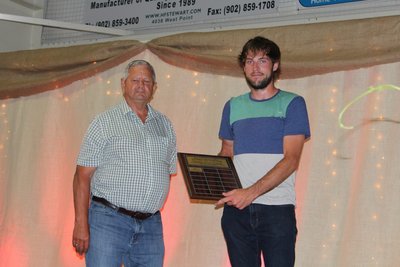 The Griffin staff were please to participate in the fund-raising event at Sobeys Extra Saint John, NB. We baked and served over 200 baked potatoes. All donations were going to help the Saint John Police and Firefighters travel to a sporting competition in California later this summer. 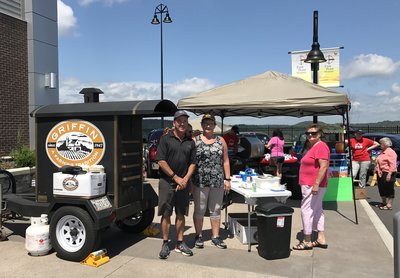 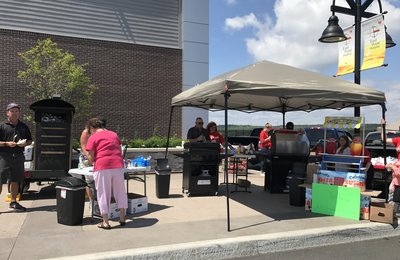 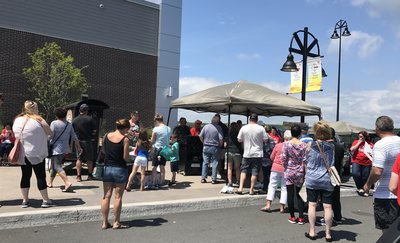 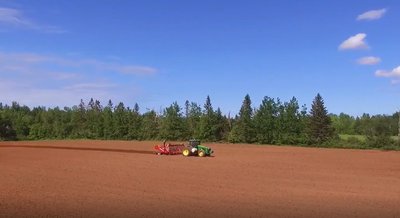 John Griffin was honoured to named one of Atlantic Canada's Top 50 CEO's by Atlantic Business Magazine at the gala dinner in St. John's NL. "I'm proud to accept his award on behalf of my brother and business partner Peter, my family and our great staff". This was the 5th year in a row that John Griffin was named one of Atlantic Canada's Top 50 CEO's. The Griffin organisation has been leading the industry with the development and commercialisation of new potato products. Products range from Compliments Mini potatoes, Sensation Annabelle Potatoes, BBQ Ready and Microwave Ready potato products. To support this growth Griffin's have invested heavily at their over the past few years. Investments include the expansion of their potato processing plant, storage facilities and with the purchase new land. 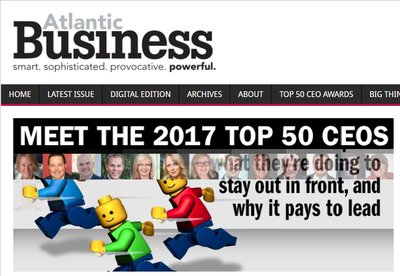 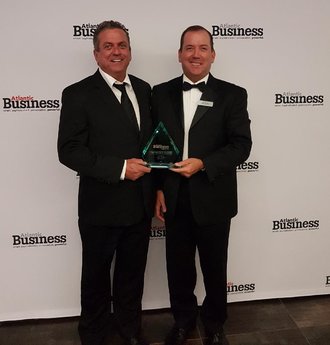 The Canadian Potato Museum received a cheque for $30,000 at the Sobeys tradeshow in Halifax this past Monday from Sobeys and W.P. Griffin Inc. Over the past 5 years, the two companies share to make a 25 cent donation to the potato museum for every bag of Canadian Heritage brand russet potatoes W.P. Griffin sells through Sobeys stores in Atlantic Canada during February - Potato Month. This latest contribution brings the total to $174,500 raised for the Canadian Potato Museum located in O'leary, PEI. From Left to Right: John Griffin (WPGriffin), Peter Griffin (W.P Griffin), Stanley MacDonald (Museum), John Boudreau (Sobeys), Peter Bulger (Museum)